Students were asked to play the game Who am I? in Japanese. Students listened to and read on the screen, key word clues relating to numbers and animal call sounds to work out which animal was the answer to the question.

By the end of Year 2, students interact with the teacher and peers through play- and action-related language. They use formulaic expressions and appropriate gestures in everyday interactions such as exchanging greetings and farewells, for example, おはようございます、おはよう、こんにちは、さようなら、また、あした, thanking and apologising, and giving and receiving, for example, どうぞ、どうも. They use visual, non-verbal and contextual support such as pictures, gestures, facial expressions and props to make meaning of simple texts. When listening to simple repetitive spoken texts, they identify key words such as names or numbers of objects or people, and demonstrate comprehension by actions, drawing or labelling. They respond to instructions through actions, for example, きいて ください。みて ください 。, and respond to questions, for example, だれなに どこ with single words and set phrases and by selecting images or objects, for example, いぬ です か。ねこ です か 。. They present information about themselves, their family, friends and favourite things at word and simple sentence level, using formulaic and modelled language. They describe people and objects using adjectives to indicate colour, shape and size, for example, あかい りんご、おおきい、まるい. They indicate ownership by using, for example, だれ の ですか。わたし/ぼく の です。 They mimic Japanese pronunciation, intonation and rhythm through shared reading and singing. Students recognise and begin to write single kanji, such as 人, 木, 山、川、月、日、一、ニ、三, the 46 hiragana symbols, and some hiragana words such as くち、ねこ、あお、しかく. They demonstrate understanding of hiragana as well as kanji by actions such as matching, labelling and sorting. They translate and interpret examples of everyday Japanese language use and cultural behaviours such as the exchange of greetings or thanks, terms of address and some formulaic expressions and behaviours.

Students identify the three different scripts in Japanese, hiragana, kanji and katakana. They understand that hiragana represents the basic units of Japanese sound and apply that knowledge in their communication. They know that kanji represents meaning as well as sounds, and that katakana is used for borrowed words. They know that stroke order in writing characters is important. Students identify patterns in Japanese words and phrases and make comparisons between Japanese and English, for example, the word order in greetings, such as Smith せんせい、and in simple sentences, such as おりがみ が すきです。ぞう は おおきい です。. They provide examples of different ways of addressing friends, family and teachers or other adults. They use pronouns, such as わたし/ぼく, and titles/suffixes, such as ～せんせい/～さん/～くん, to address different people. They identify Japanese words that are often used in English-speaking contexts, for example, ‘sushi’, ‘origami’ and ‘karate’. They give examples of Japanese words and phrases that have been borrowed from other languages, such as ピンク、テレビ、パン. They identify similarities and differences between Japanese and their own languages and cultures. 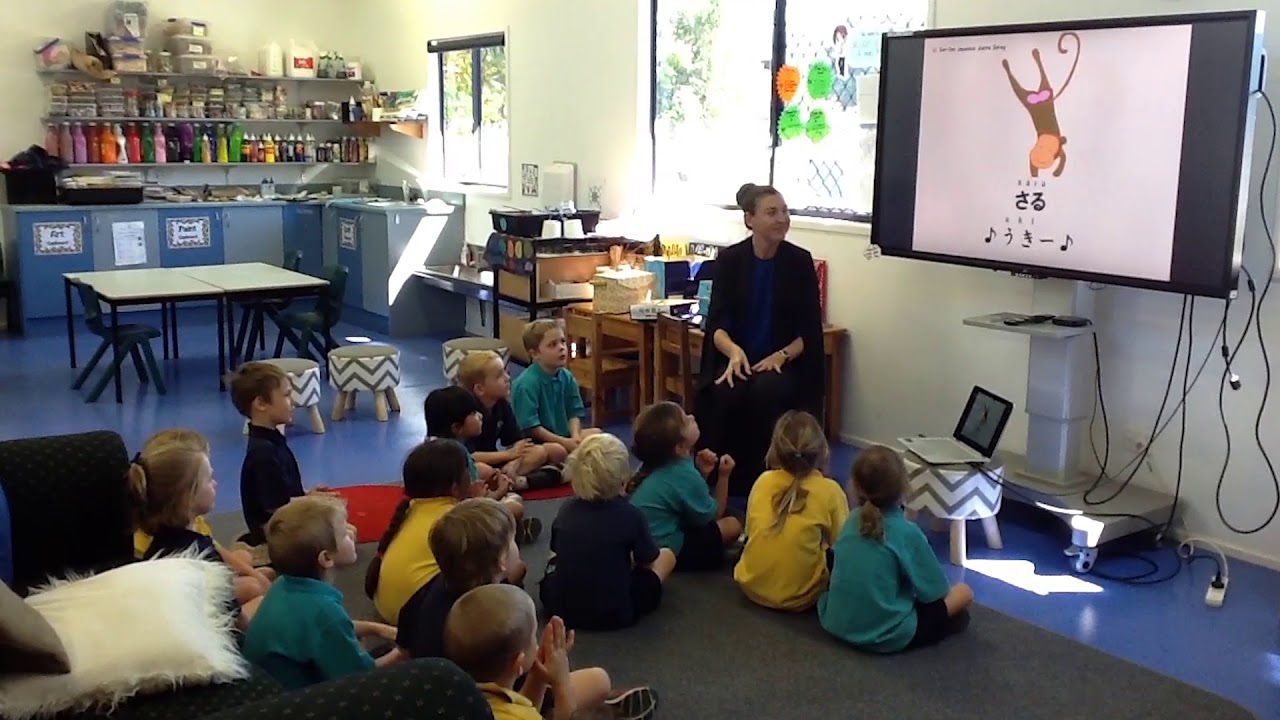 Clap the number of characters 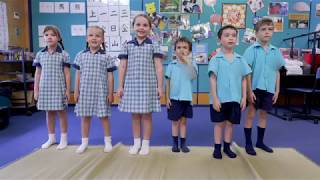 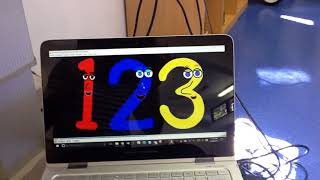