As part of their Science inquiry learning, students in Years 5 and 6 learned about ponding in the school wetlands. Ponding is part of an integrated program, that incorporates STEAM and German.

Students learn German in weekly lessons from Foundation to Year 6 and German programs are integrated into those of other learning areas.

The Wet‘n’Wild Wetlands project was undertaken in the classroom and in the school wetlands. It involved a range of scaffolded tasks, including research on a water animal with information to be included that students had to discover and source. Their research formed the basis on which they developed a scaffolded film script in German, with details about their chosen animal.

Upon completion, students were required to write a modelled reflection on the project and their use of German. The reflection highlighted challenges, as well as language and cultural differences and similarities between English and German.

By the end of year 6, students use written and spoken German for classroom interactions, to carry out transactions, and to share ideas and opinions, relate experiences and express feelings. They use complete sentences in familiar contexts to ask questions such as, Bist du fertig? Was machst du jetzt? Verstehst du das? respond to requests and share experiences of learning, for example, Ich kann gut sprechen, aber ich finde das Lesen und Schreiben schwierig. They use descriptive and expressive vocabulary, including adjectives such as aufgeregt, glücklich, nervös, sauer and traurig, to express feelings and make statements such as Ich nehme ein Käsebrötchen. They use appropriate intonation for simple statements, questions and exclamations, and correct pronunciation, for example, for the two different pronunciations of ch. They gather and compare information from different sources about social and natural worlds, and convey information and opinions in different formats to suit specific audiences and purposes. They describe characters, events and ideas encountered in texts, and re-create imaginative texts to reflect their imaginative experience. When creating texts, they manipulate modelled language to describe current, recurring and future actions, for example, Wir gehen morgen schwimmen. Kommst du mit? Es geht mir nicht gut. and produce original sentences with common regular and irregular verbs in the present tense, including limited forms of the modal verbs dürfen and müssen and some common separable verbs such as mitbringen and fernsehen. They use adjectives, adverbs and adverbial phrases to qualify meaning, for example, viel Wasser, neue Schuhe; lieber, oft, jeden Tag. They explain aspects of German language and culture, recognising that there are not always equivalent expressions in English, and create a range of bilingual texts to support their own language learning and the school community. They describe aspects of their intercultural interactions that are unfamiliar or uncomfortable, and discuss their own reactions and adjustments.

Scaffolded work sheet for language and sequencing of research 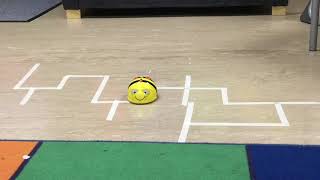