Students were asked to introduce themselves in the form of an oral presentation following a scaffolded modelled example. Students had learnt how to construct sentences about themselves using a variety of simple grammar structures and vocabulary. The script could be viewed when presenting.

By the end of Year 6, students use formulaic and modelled language in classroom interactions to carry out transactions and to share or convey information about daily routines, activities and events, using time expressions such as まい日、ときどき. They ask and respond to questions in familiar contexts using complete sentences and appropriate pronunciation, rhythm and intonation. They ask for clarification and assistance, negotiate turn-taking and follow instructions. They extend their answers by using conjunctions such as そして、それから. They show concern for and interest in others by making enquiries such as だいじょうぶ？, and apologise and express thanks using appropriate gestures. They read and write all hiragana, including voiced sounds, long vowel sounds, double consonants and blends, and high-frequency kanji, for example, 犬(いぬ), 小さい、雨(あめ). Students locate specific information and some supporting details in a range of spoken, written and multimodal texts on familiar topics. They express reactions to imaginative texts, such as by describing qualities of characters, for example, やさしい 人 です。. They create connected texts of a few sentences, such as descriptions, dialogues or skits. They structure sentences using particles, for example, へ、で、を、が and prepositions, for example, の上(うえ)に, and apply the rules of punctuation when writing. They describe and recount events and experiences in time, for example, adjectiveです。noun です/でした。 and present/past/negative verb forms, for example, のみます、たべます、見(み)ました、いきません. They use counter classifiers in response to questions such as いくら です か。なんびき？なんこ？. Students translate familiar texts, recognising formulaic expressions and culturally specific textual features and language use. They comment on similarities and differences in ways of expressing values such as politeness, consideration and respect in Japanese compared to other languages and cultures.

Students understand and use the hiragana chart to pronounce contracted and blended sounds and exceptions to phonetic rules, such as を、へ、は, and です. They understand and apply the rules and phonetic changes related to counter classifiers, such as さんぜんえん、いっこ、はっぴき. They apply their knowledge of stroke order to form characters. They give examples of ways in which languages both change over time and are influenced by other languages and cultures. They identify words from other languages used in Japanese, such as パソコン、メール、パスタ, and how the pronunciation, form and meaning of borrowed words can change when used in Japanese. Students identify behaviours and values associated with Japanese society and incorporate these into their own language use, such as ways of deflecting praise, for example, じょうず です ね。いいえ。 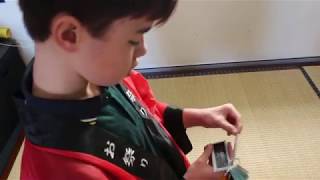 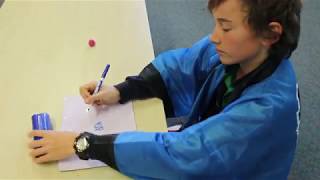 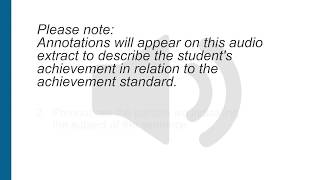