Students had learnt the language to enable them to write a basic self-introduction. In this task, students were asked to prepare a self-introduction in Pinyin (with tonal marks) demonstrating their learning. This activity took place in class with no additional support or notes.

By the end of Year 4, students use spoken and written Chinese in simple personal interactions with familiar participants about self, family, people, places, routine, school life, and their own interests and preferences, for example, 你叫什么名字？ 你上几年级？ 你有狗吗？ 你喜欢什么运动？ They use appropriate pronunciation, tone, gesture and movement and some formulaic expressions. They use modelled questions to develop responses, for example, 你的哥哥几岁？， 他是谁？， 你住在哪里？， 这是什么？ They respond to and create simple informative and imaginative texts for familiar audiences (for example, 狼与小孩) by selecting learnt words and characters. Sentences are short and follow the basic subject–verb–object structure with occasional use of adjective predicates, for example, 这是红色的苹果. Learners use familiar words in Pinyin, or presented in characters in texts. Numbers are used in relation to age and family members, and to quantify objects with measure words such as 一个男生，两个姐姐，三只狗.

Students explain why Chinese is a globally important language. They understand that Pinyin provides access to the sounds of the spoken language. They identify features of the Chinese writing system, including the range of strokes and their sequences in character writing, and explain how component knowledge can assist in learning characters. They are aware that each character is a meaningful unit (morpheme) that is used to make up words. They recognise familiar word order in Chinese sentences. They notice similarities and differences between the patterns of the Chinese language and those of English and other familiar languages. They recognise that languages change with time and due to influences such as globalisation and technology. Students recognise that diversity of context and participants influence how meaning is communicated, and apply this knowledge to their own communication. They notice how cultural differences may affect understanding between people. 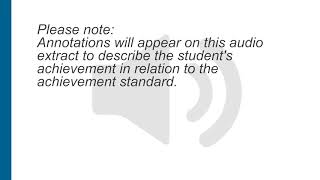