Students learnt how to talk about and share information about their personal worlds. They learnt how to respond to questions and elaborate on answers using a variety of vocabulary, grammatical structures and communication strategies.

In this task, students engaged in an unrehearsed interaction, answering a variety of questions about themselves and their personal world. The interaction included questions about family and friends, travel, hobbies and likes/dislikes.

By the end of Year 10, students interact in written and spoken Spanish to communicate about personal experiences, relationships and aspirations, and broader local and global issues such as the environment, social media and tourism, including issues that pertain to Spanish-speaking countries. Learners interact with peers to make decisions, solve problems, and negotiate and plan action in response to issues. When interacting, they use both rehearsed and spontaneous language and appropriate protocols (for example, Perdona, pero no estoy de acuerdo contigo porque …, me parece mejor … ¿qué os parece si…?) to express and compare opinions, share perspectives, and express agreement or disagreement (for example, Me parece que…, ¿qué les parece?, Quebuena idea, me opongo). They apply rules of pronunciation, stress and intonation to a range of sentence types. They locate, summarise and analyse information from a range of texts, and communicate different perspectives and information in a range of contexts using different modes of presentation. They respond to and create personal, descriptive, informative and imaginative texts for different purposes, audiences and contexts using appropriate Spanish writing conventions. They use grammatical elements including present, imperfect, past and future tenses, reflexive verbs, and the subjunctive mood to express emotion (for example, Como chocolate todos los días, Fui al parque ayer, Salíamos a bailar los fines de semana, Estudiaré informática en la universidad). They use appropriate forms of possessive adjectives in own language production, as well as cohesive devices and prepositions to create cohesion and interest. They use relative pronouns (for example, El programa que miraba era cómico), relative clauses (for example, Mi amigo chileno me ha dicho que quiere venir con nosotras al cine) and adverbial phrases (for example, a la derecha, con frecuencia) to extend and elaborate their written texts. They work in Spanish and English to translate and create bilingual texts, explaining words or expressions that are culturally specific such as tapas, adobe, vaquero, Vive en el quinto pino, … más largo que un día sin pan. They describe their own reactions in intercultural exchanges and explain how their own assumptions and identity influence their language use.

Students identify differences in accent and pronunciation across the Spanish-speaking world, such as the use ceceo and seseo in different regions and countries. They use metalanguage to explain features of language (formal and informal language) and grammar (for example, las formas negativas, el futuro próximo con el verbo ir, masculino, femenino, singular, plural), and for reflecting on the experience of Spanish language and culture learning. They identify relationships between parts of words (prefixes and suffixes) and stems of words (for example, desagradable, la camioneta, la reconciliación), and how word patterns connect words in semantic families (for example, mercado, mercancía, feliz, felicidad, felicitaciones). They analyse the textual features of a range of texts in different modes and identify how these shape responses and influence meaning. They give examples of how Spanish is used in a variety of ways to achieve different purposes in different contexts and for different audiences. Students describe changes in the role of Spanish as a global language and explain how language both influences and reflects culture. They know that Spanish is co-official with many other languages in a range of countries, such as Guaraní in Paraguay; Quechua in Bolivia, Ecuador and Peru; and Basque/Euskera, Catalan and Galician in Spain. They explain how meanings and interpretations vary according to the cultural assumptions that people bring to interactions, and consider how learning a second language provides the opportunity to view oneself from the perspectives of others. 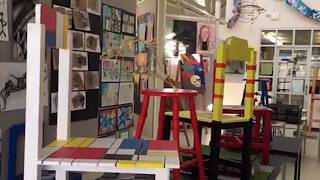 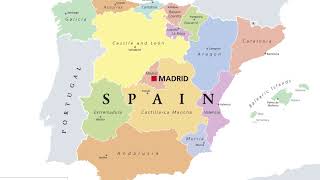