Students learnt vocabulary for different types of food and how to express preferences for foods. They learnt about traditional German meals and differences in eating habits, for example hot food for lunch, cold food for dinner. They were introduced to relevant phrases to complete shopping and restaurant transactions and practiced these with peers.

In this task, students were asked to create a menu for a German restaurant and include a variety of foods including entrees, main courses and desserts. Based on the menu, students developed a role-play with a peer ordering food in the restaurant. They performed their role-play using cue cards with keywords.

By the end of Level 8, students share information about their personal worlds, including personal details, family, friends, interests, likes, dislikes and preferences. They interact with others to carry out transactions, participate in class routines and socialise. They use modelled language and simple expressions to ask and respond to familiar questions and give and respond to instructions, such as, Hört gut zu!; Hol’ einen Laptop!; Wer ist das?; Woher kommt dein Vater?; Hast du Geschwister?, request help or permission, for example, Ich möchte … , bitte.; Hilfe, bitte!; Darf ich bitte auf die Toilette gehen?, ask for information, clarification or assistance, such as, Wie bitte? Hast du mein Buch? Wie sagt man das auf Deutsch?, and clarify answers, for example, Das ist meine Freundin und sie kommt aus China. ... Ja, ich habe zwei Brüder, sie heißen Nick und Max.. When socialising, they make simple statements such as Ich mag Fuβball, aber Toms Lieblingssport ist Basketball. They use key features of pronunciation, stress and intonation, including short and long vowel sounds, single consonants, blends and diphthongs, in different words, phrases and sentences, such as,ja, rot, singen, Sport, Winter, zwei, ich auch. They obtain key points of information and identify main ideas in simple texts relating to own world and that of teenagers in German-speaking countries, using contextual clues to help make meaning. They use high-frequency vocabulary to describe characters, events and ideas encountered in imaginative texts, and create short informative and imaginative texts using modelled sentence structures and formulaic expressions with present tense forms of regular and some irregular verbs, and correct word order. They use a range of grammatical elements to describe people, objects, actions, events and relationships, including articles, such as, der/ein, personal pronouns and some possessive adjectives, for example, mein, dein, sein, ihr in the nominative and accusative. They qualify meaning with reference to time, manner and place using everyday adverbs and phrases, for example, am Montag; besser; in der Schule, and link words, phrases and sentences using und, aber and oder, and other connectives such as dann, später and zuerst. They work with German and English to translate texts and create simple bilingual texts for peers and family, noticing where equivalence is not possible. They identify the relationship between language and culture, giving examples of adjustments made as a result of reactions and intercultural experiences. They explain how aspects of their own identity impact on intercultural exchange.

Students identify German as an important European and global language and that it is related to English. They identify some of the common variations in German used in different contexts by different people. They differentiate statements, questions, imperatives and exclamations according to intonation, sentence structure and punctuation. They understand and apply grammatical concepts such as gender and number, and nominative and accusative case. They identify key similarities and differences between the phonological and orthographic systems of English and German, including the Umlaut and Eszett, capitalisation, and punctuation used in numbers (ordinals, decimals). They identify features of common spoken, written and multimodal texts. They understand and give examples of how language use is shaped by and reflects the values, ideas and norms of a community. 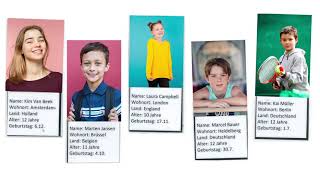 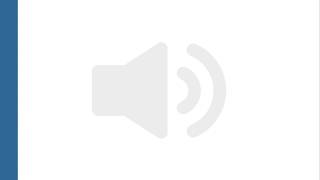 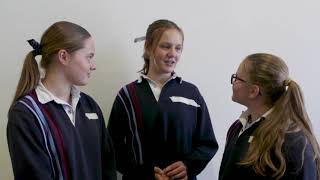 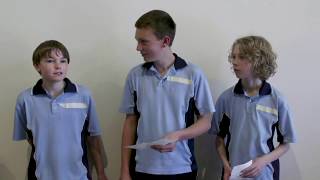