Students learnt how to describe ailments and health conditions. This provided a context for introducing the perfect tense with the auxiliary haben, and regular verbs.  Students had been introduced to both coordinating and subordinating conjunctions in previous units and this unit built on this. Students learnt relevant vocabulary for body parts and ailments, completed some conversational pair work on expressing basic ailments, and also a writing task where they wrote a note of excuse to their teacher.  The perfect tense was taught and practised through written exercises and some language games, mostly in the context of ailments.

In this task, students were asked to design a role play of around 2-3 minutes in which one was to present as sick or having an ailment to another, playing an adult.

They were required to choose a setting and context, e.g. school, at a medical centre, in a chemist and include:

By the end of Year 10, students initiate and maintain interactions in written and spoken German to communicate ideas, thoughts, feelings and information related to relationships, school experiences, the community and future plans. They interact with others to make decisions, solve problems, and negotiate and plan action in response to issues. When interacting, they use both rehearsed and spontaneous language. They ask and respond to familiar questions, for example, Wir sind in den Ferien oft ins Schwimmbad gegangen. Was hast du gemacht? Ich finde meine Schule gut, und du? Wie findest du deine Schule? and make comparisons, such as, Meine Freundin ist fleiβiger als ich. They give opinions, explain problems and ask for advice or clarification, for example, Ich wohne gern auf dem Land, weil ... , Ich habe mein Passwort vergessen. Was soll ich machen? Wie lernt man die deutschen Verben?. They apply rules of pronunciation, intonation and stress, including variations such as contractions. They locate, analyse and record information, feelings and opinions from a range of texts. They respond to and recreate imaginative texts, and use descriptive and expressive vocabulary to communicate about experiences and emotions. They modify meaning with a range of adverbs and phrases, such as, Wir haben das schon am Montag mit Frau Rolf gemacht. They create personal, descriptive, informative and imaginative texts for different purposes, audiences and contexts. They use a range of grammatical elements to describe, situate and link people, objects and events in time and place. They use articles, for example, der/ein, personal pronouns, some demonstrative and interrogative adjectives such as dieser, jeder and welcher, possessive adjectives in the nominative, accusative and dative case, and a range of prepositions in everyday and topic based phrases. They use present and future tenses of a range of regular and irregular verbs, including some modal, separable and inseparable verbs. They describe past events and experiences using the present perfect and simple past tenses with a range of common verbs. They use some common reflexive verbs in the present tense, such as, Ich dusche mich morgens.; Interessierst du dich für Geschichte? They use a variety of conjunctions and cohesive devices, for example, als, dass, wenn, weil; dann, früher, danach, vorher, to create cohesion and interest. They translate and interpret excerpts from informative and imaginative texts, identifying and explaining challenges and adjustments required when transferring meaning between languages and cultures. They explain the importance of and in intercultural exchanges. They explain how cultural is both shaped by and influences ways of communicating and thinking.

Students give examples of how changes over time and identify reasons for change. They apply the German case system (mainly nominative, accusative, dative) and explain the relationships between gender, article, , adjectival ending and case. They name some grammatical terms and their functions. They identify variations in the features of spoken and written German in relation to, spelling and punctuation. They identify textual conventions in a range of texts and explain how they shape meaning and influence responses. They identify how features of German in familiar spoken and written texts vary according to , and purpose. They reflect on their own cultural in light of their experience of learning German, identifying how their ideas and ways of communicating are influenced by their membership of cultural groups. 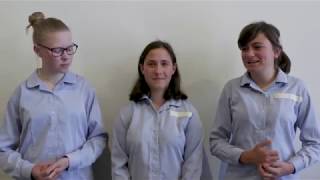 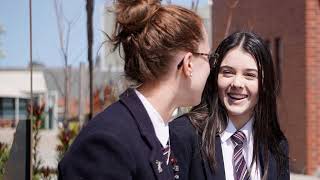 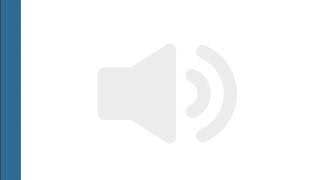 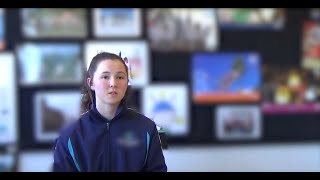