Students were asked to translate sentences from English to French using the vocabulary, grammar and sentence structures that they had learnt during the semester. Students were given a table of scaffolded language structures to refer to and to assist them in their translation.

Students provide examples of the dynamic nature of contact between languages and cultures in the contemporary world. They identify the significance of French as a world language and the distribution of communities of French speakers in different countries and regions. They give examples of similarities between French and English (for example, the same alphabet and basic sentence structure, many words in common), and some differences (such as pronunciation and intonation patterns, non-verbal language, grammatical gender forms and politeness protocols). They identify French words used in English (such as ‘menu’, ‘mousse’), English words used in French (such as le weekend, le football), and explain how languages and cultures influence and interact with each other (technology, globalisation, popular culture). They know that French has its own rules for pronunciation, grammar and non-verbal communication and that they need to adjust language to suit different situations and relationships (for example, formal and informal language, different text types). They use metalanguage to explain features of language, texts and grammar, making connections with terms such as ‘verb’, ‘adjective’ and ‘tense’ that are used in English learning, and incorporating new concepts such as grammatical gender for talking about French. Students give examples of how languages are connected with cultures, and of how French language reflects ways of behaving and thinking as does their own language. 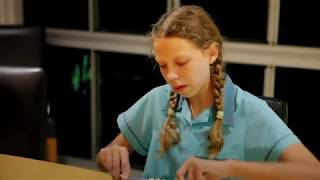 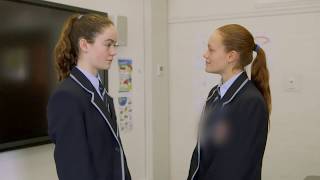